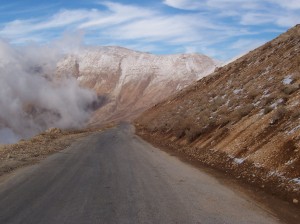 At our school we have around 100 desktops, a vast majority of which run Fedora, and somewhere around 900 users. We switched from Windows to Fedora shortly after Fedora 8 was released and we’ve hit 8, 10, 13, 16, and 17 (deploying a local koji instance has made it easier to upgrade).

As I finished putting together our new Fedora 18 image, there were a few things I wanted to mention.

The bad in Fedora 18 mainly comes down to the one area where Linux in general, and Fedora specifically, is weak – being backwards-compatible. This was noticeable in two very specific places:

As a developer, I totally understand the “I have a better way” mindset, but I think backwards compatibility is still vital. That’s why I love rsync and systemd, but have very little time for unison (three different versions in the Fedora repositories because newer versions don’t speak the same language as older versions).

I know some people will say, “If you want stability, just use RHEL.” That’s fine, but I’m not necessarily looking for stability. I like the rate of change in Fedora. What I dislike is when things break because someone wanted to do something different.

All in all, I’ve been really happy with Fedora as our school’s primary OS, and each new release’s features only make me happier. Now I need to go fix a regression in yum-presto that popped up because of some changes we made because we wanted to do something different.